Both matte and sandblasting are performed on the surface of the glass, so that the light passes  through the lampshade to form a relatively  uniform scattering,

and it is difficult for ordinary users  to distinguish between the two processes. The following describes how to make the  two processes and how to identify them.

1. Scrubbing process: Scrubbing means immersing the glass in a prepared  acidic liquid (or applying an acidic paste). The surface of the glass  is eroded by strong acid, and the hydrogen fluoride in the strong acid solution forms crystals on the surface of the glass. Therefore, if the matte  process is done well, the frosted glass surface is extremely smooth, and the crystals  form a scattering effect and produce a ripple effect. If the surface is rough, it indicates that the  acid etched on the glass is more serious and it belongs to the performance of matte master craftsmanship.  Or some parts still have no crystals (commonly known as no sand, or glass with spotted) also belongs to  the master process control is not good. The process technology is more difficult. The process is best  represented by the appearance of sparkling crystals on the surface of the glass, which is formed under  a critical condition, mainly because hydrogen fluoride ammonia has reached the end of the fast-selling period.

In order to achieve this kind of realm, many manufacturers have conducted several attempts to research, but have not been able to break through this difficulty.

2, sandblasting process: This process is very common, it is the use of spray gun high-speed shot sand hit the glass surface, so that the glass to form  a fine concave  and convex surface, so as to achieve the effect of scattered light, making the light through the formation of flu. The glass product of the sandblasting process has a rough surface, and since the glass surface is destroyed, it looks like the originally clear glass sensitization looks like a white glass. The craft is very difficult.

The two  processes are completely different processes. The cost of the frosted glass is higher than that of the sandblasted glass. The effect is mainly based on the needs of the user. Some unique glasses are also not suitable for scrubs. From the  perspective of pursuing nobleness, scrubs should be used. The sandblasting process can generally be completed in a factory. It is not easy to do a good job in the matte glass process. 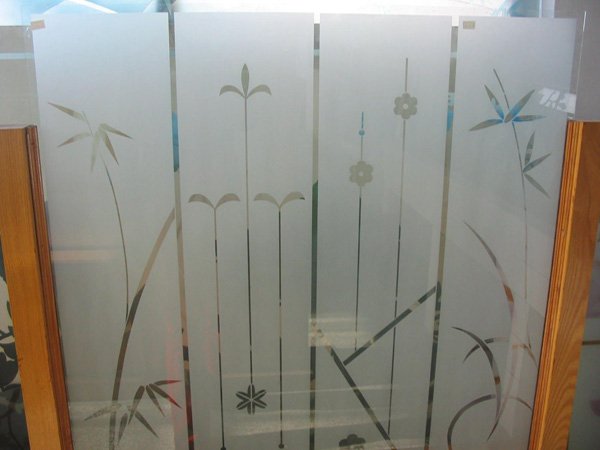